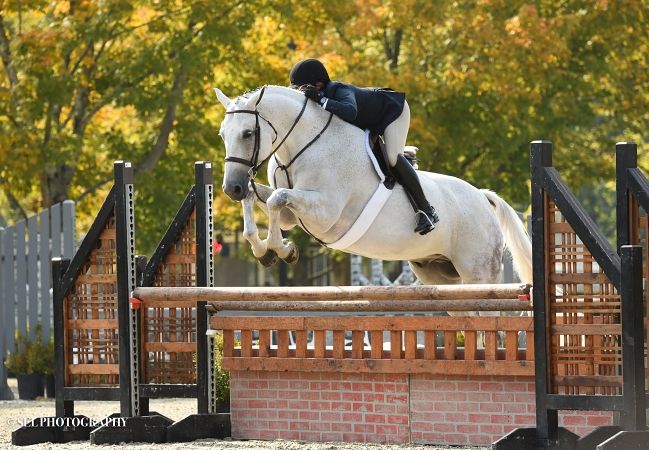 North Salem, N.Y. — Sept. 25, 2020 —Friday morning kicked off another full day of hunter, jumper and equitation competition at Old Salem Farm for the Fall Series. Week III has been the most popular week of the series for entries. Professional Holly Orlando piloted Fable to the championship of the combined Performance Hunters 3’3” and 3’6” division. On the Grand Prix Field, young amateur Delaney Hamill took the top position aboard her own RMF Corvich in the $1,000 1.30m Open Jumper Stake, presented by Voltaire Design.

Holly Orlando, from Wellington, Florida, was nearly impossible to beat during the first day of competition in the Performance Hunter division, picking up a blue ribbon in each class. Orlando piloted two different mounts to the front of the pack in the over fences, first with James Anderson’s Fable, and then with Privet Farm LLC’s Park City.

Both returned to the show ring today for the conclusion of the division, but it was the 8-year-old Warmblood gelding Fable (Coupe De Alb x Queen T) that earned the tricolor ribbon.

“We imported Fable a little over a year ago, and he was a great pre-green horse,” Orlando said. “He did start in the first years but we had to take a big break in showing, due to COVID-19, so he will be reinstated as a first-year horse next year.”

She added that Anderson will show Fable in the 3’6” amateurs. Orlando and her business partner, Jenny Dunion, operate together out of Evermore Inc. and credit much of the farm’s success to their clientele and the quality of the horses.

“I started off just by riding some horses for Jenny and then it turned into more of a business partnership because we work so well together,” she said. “We try to be really nice to our horses so they enjoy their work and we are lucky to have such a pleasant group of clients and a variety of horses.” 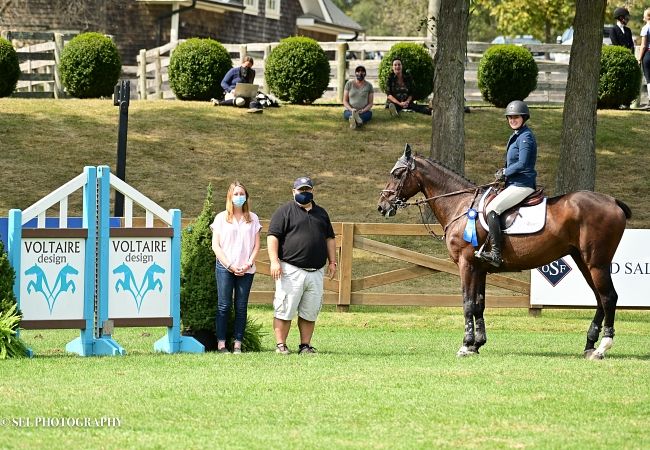 Hamill, a resident of Buffalo, New York, says she barely had time to prepare for her performance in the jumper stake. She is a first-year student at the New York Law School and barely made it from class to the competition ring.

“I didn’t even get to walk my course because I was still in my class at school,” Hamill said. “Fortunately for me, Ilan [Bluman] offered to walk for me, and so I was only able to get there about five minutes before I had to get on.”

Hamill and RMF Corvich easily led the pack of 27 entries as they produced the fastest time of the entire group after crossing the timers in 59.403 seconds fault-free. She and the 12-year-old Holsteiner stallion (Caretino x Heissa) have been paired since February.

“He is a very quirky horse, but fast and extremely careful,” she said. “We have this running joke that each time I take him in a competition I either fall off or go clear.” 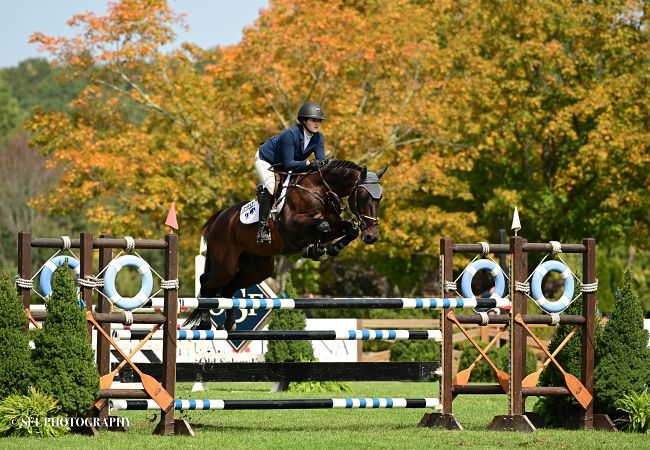 Competition will highlight amateur hunter riders by featuring the Adult Amateur division as well as the Amateur-Owners, while jumpers will take to the grass Grand Prix Field for the $10,000 Old Salem Farm Jumper Classic which has moved in the schedule to 8 a.m.