Eric has been a professional trainer and competitor at all levels of the equestrian sport for over 40 years. He was the head trainer at two major East Coast show stables for over 25 years. During this time, he won most major Grand Prix’s in North America and represented the USA on multiple occasions including the FEI World Cup™ Final Gothenburg, Sweden and the World Championships in Rome, Italy.

Eric has served on the Olympic Selection Committee for the United States Show Jumping Team for two Olympic Games and for one World Championships. He served as Chef d’Equipe for the Super League Team in Dublin, Ireland and in Lumen, Belgium. In addition, Eric is a FEI level 2 course designer, he designs equestrian properties, and was a founding member of the Syracuse Invitational Sport Horse Tournament.

More recently, Eric is focused on developing all levels of goal-oriented riders from ambitious pony riders to Grand Prix riders, enabling them to reach their personal riding goals. Eric is currently accepting new clients who are looking for a unique, hands-on approached to training.

We are excited about the future of our team and welcome our new customers joining our boarding and training program.

Dimitri Chitrekashvili integrates his 30 years of international equine experience to his training philosophy. From Georgia, Germany and France, Dimitri’s past positions include being an athlete on the Georgian National Equestrian Team, Secretary-General of the National Equestrian Federation of Georgia/FEI, co-founder and Vice President of the Georgian Polo Federation, and Head Trainer of Tbilisi Hippodrome (the highest-level training facility in Georgia).

Joining Old Salem Farm on October 15, 2022 as Barn Manager and Trainer, Dimitri Chitrekashvili is eager to pass on his knowledge to riders of all levels helping them improve their riding skills and excited in helping them reach their goals. 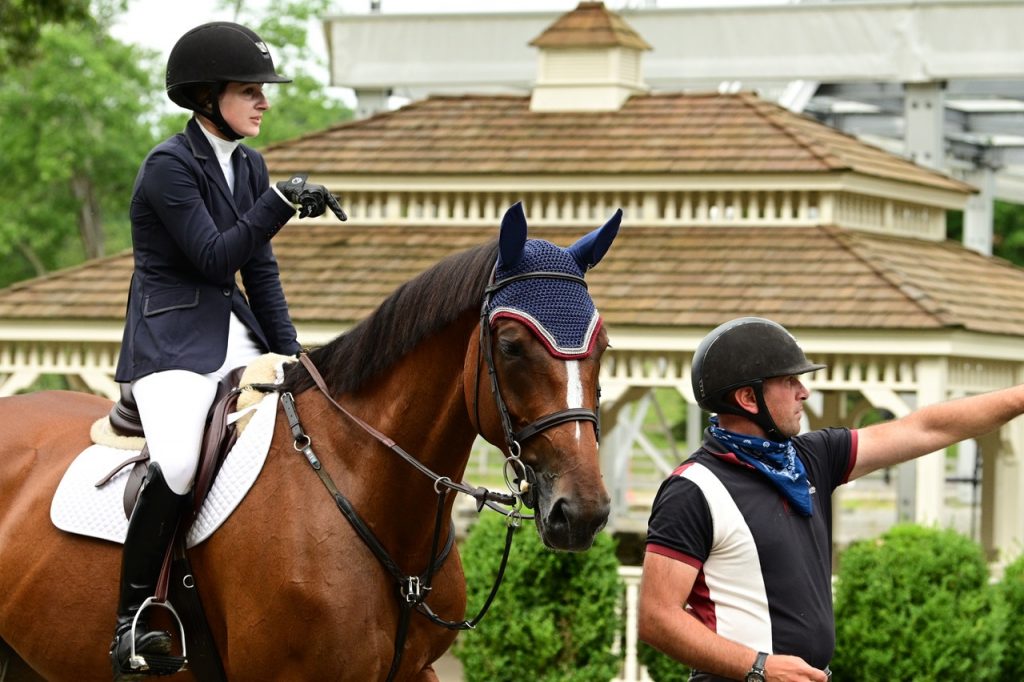 Old Salem farm offers lessons for riders of all ages, starting out in the short stirrup through those riding at the Grand Prix level.

Lessons are given at our expansive farm featuring several outdoor and indoor rings as well as grass fields and trails. Students will learn skills on and off the horse that propel their riding career.

Riders in the Old Salem Farm lesson program have the unique opportunity to show at countless home shows, as well as compete at other local horse shows.