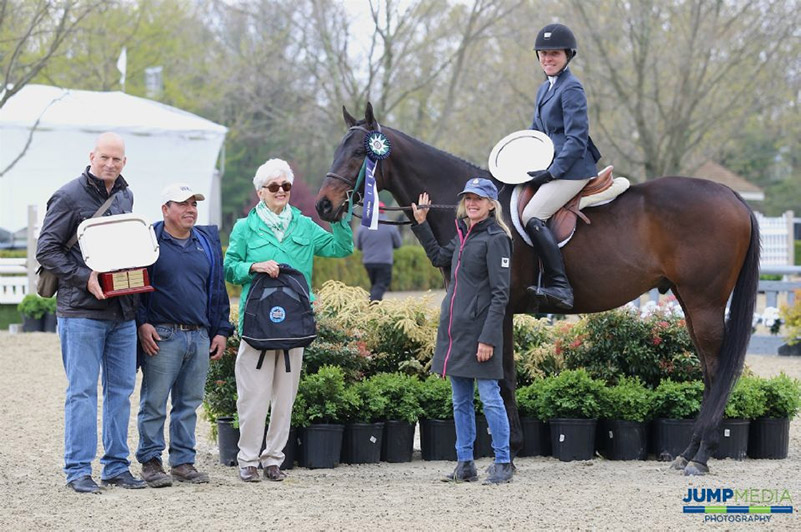 Keirstin Johnsen and Hennepin, along with owner Shelly Ferrall and groom Fidel Ventura, are awarded with the champion ribbon, as well as the Debby Malloy Winkler Memorial Trophy, donated by the Malloy Family and presented by Vivien and Mark Malloy; photo © Jump Media

After jumping to a tricolor ribbon in the 2015 T.I.P. division at Old Salem Farm’s Spring Horse Shows, Johnsen and eight-year-old Hennepin, owned by Shelly Ferrall, were first and fourth over fences before topping the under saddle this year to again clinch the win. Reserve Champion honors were presented to Oakley Clark and Boscobel, owned by Heritage Farm, after first and second place ribbons over fences and fourth under saddle.

Ferrall found Hennepin on an Internet ad four years ago, after the then four-year old gelding had been retired from his career on the racetrack.

“I was looking for a Thoroughbred to get me back to riding after being out of the saddle for ten years,” said Ferrall. “I saw a little video of him trotting over cross rails and it was pretty bad, but he had a certain way about him.”

According to Johnsen, Ferrall saved the gelding’s life and helped him to become a successful show hunter.

“It took a little time and a lot of work, but [Shelly] was very patient and let us do what we needed to do, and he has totally stepped up to the plate,” said Johnsen. “She basically told me she didn’t care what he became, she just wanted to be able to ride him someday.” 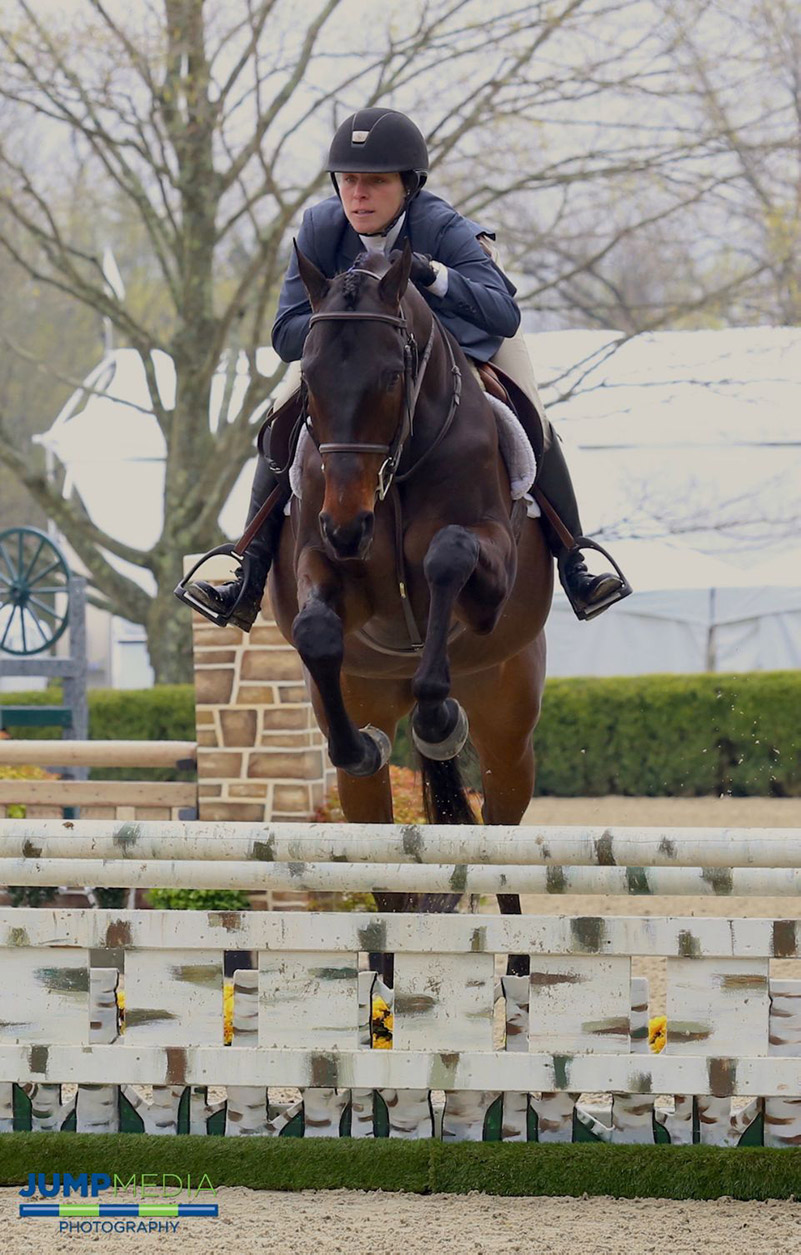 When asked what drew them to the T.I.P. classes, Johnsen responded, “It’s really nice to be able to show against horses that have done the same thing. They are different and a little more sensitive in different ways, so it’s nice to go against horses in that same category.”

T.I.P. classes are proudly offered at Old Salem Farm thanks to the support of Vivien Malloy, who owns Edition Farm, a Thoroughbred breeding farm in Dutchess County, NY. She presents the division in honor of her daughter, Debby Malloy Winkler, who showed at Old Salem Farm as a junior and passed away following a tragic fall from a horse at her home in Germany in 2011. In addition to high-point awards, Johnsen was also presented with the Debby Malloy Winkler Memorial Trophy, donated by the Malloy Family.

For Vivien Malloy, it’s an honor to watch horses that had a career on the track have second chances to shine in the show ring. This marks the third year she has presented the Debby Malloy Winkler Memorial Trophy at Old Salem Farm.