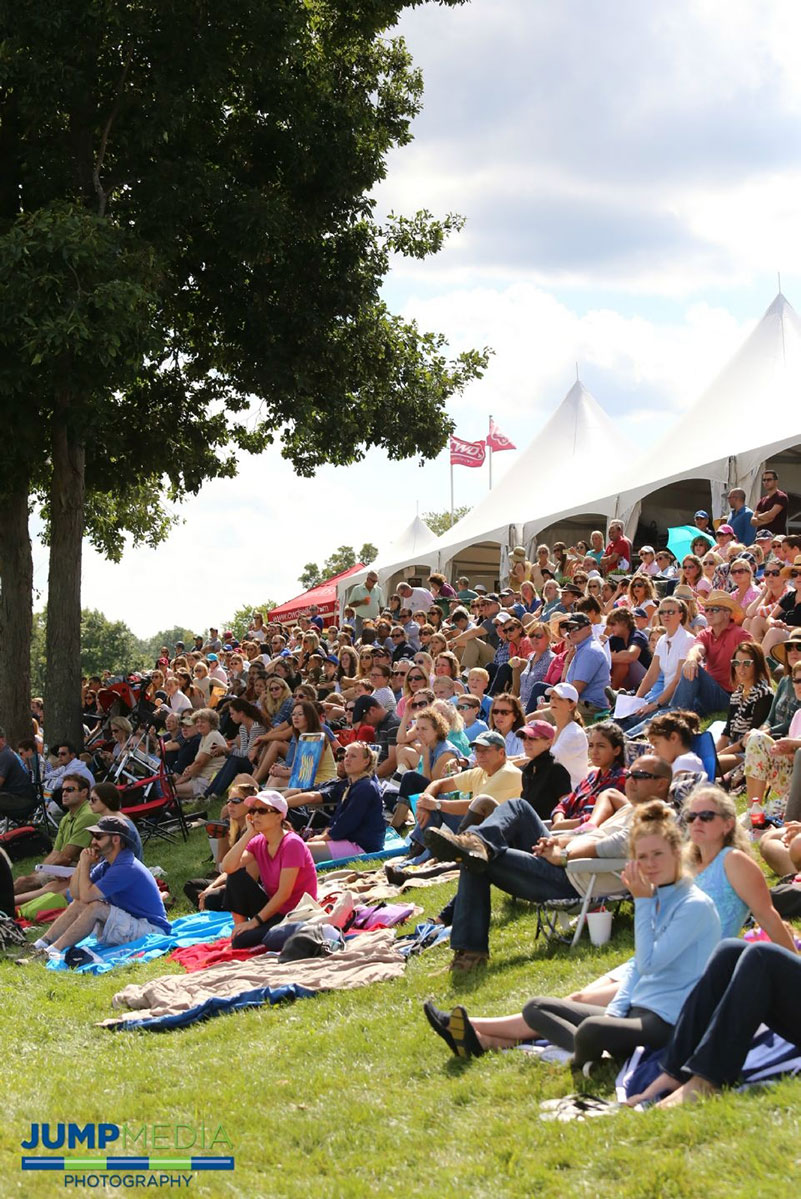 A crowd gathers on the banks of the Grand Prix Field at Old Salem Farm; photo © Jump Media

Acclaimed equestrian talent will soon converge at Old Salem Farm with some of the world’s top horses and riders making Old Salem Farm their home for the next two weeks. The announcement of the 34th annual Old Salem Farm Spring Horse Shows now including two FEI-rated competition weeks came earlier this year and made the popular show even more appealing to international caliber riders.

Whether it’s the allure of impressive prize money, the prestige of world ranking points, or the head-turning setting at Old Salem Farm, The Old Salem Farm Spring Horse Shows will again welcome the best of the best. Vying for a spot on the 2016 U.S. Olympic Show Jumping Team in Rio, two-time Olympic gold medalist McLain Ward will make his return to North Salem alongside fellow Double H Farm riders and Ridgefield, CT, locals Quentin Judge and Maggie McAlary.

The list of renowned jumper riders continues with a roster boasting the likes of Nick Dello Joio, Heather Caristo-Williams, Peter Lutz and Jonathan and Christine McCrea to name a few.

After riding on the Hermès U.S. Show Jumping Team in the Furusiyya FEI Nations Cup competition at CSIO 4* Coapexpan, in Mexico just a week ago, Jonathan and Christine McCrea have returned stateside and set their sights on Old Salem. 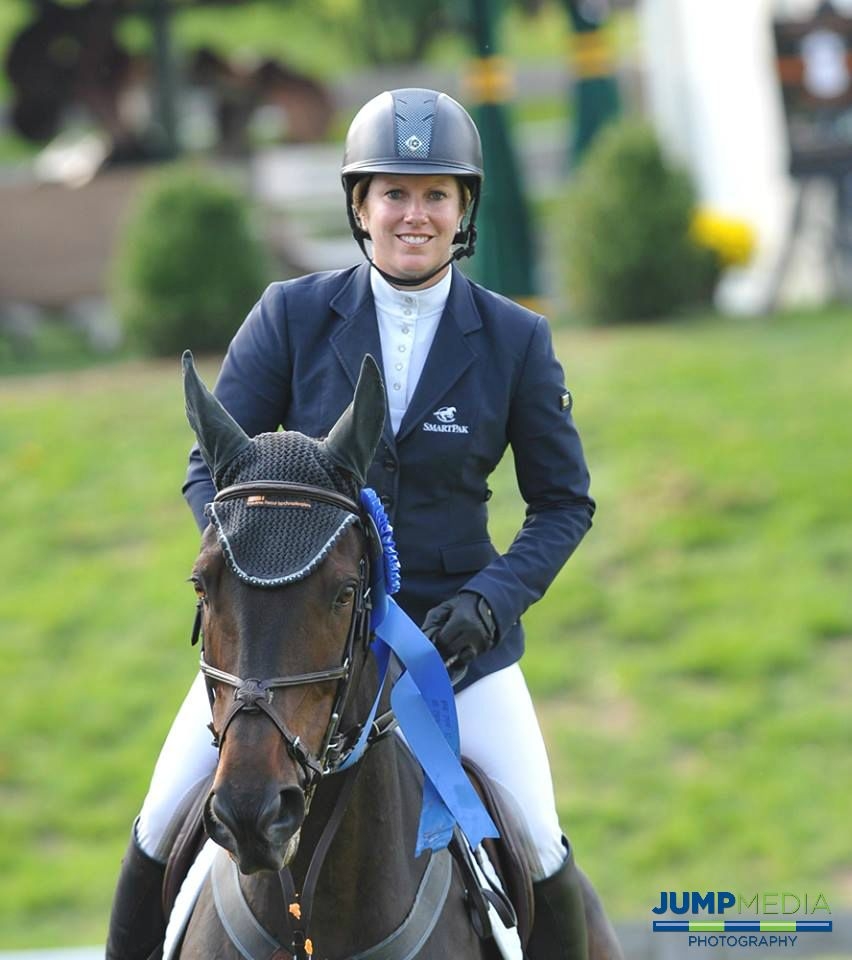 “I grew up riding at Old Salem,” said Christine McCrea, who runs Windsor Show Stables in East Windsor, CT, alongside her husband Jonathan.

While showing at Old Salem Farm has always been special for McCrea, she admits that this year is extra special. In the ring next to where she and Jonathan will contest FEI-level tracks on the famed Old Salem farm grass field, their niece Campbell Hudkins will make her Spring Shows debut in the Pony Hunter divisions.

“It’s going to be a great show. Riding on the grass is always a nice change and I’m bringing some young horses to give them some experience, as well as some new grand prix horses,” said McCrea. “Our plan is to go to Spruce Meadows this year, and Old Salem is such a great warm-up for that grass field.”

When asked about Old Salem Farm’s decision to increase its FEI presence, McCrea responded, “I am a huge fan of any horse show that wants to try and offer FEI classes. We want to show FEI as much as possible, and it’s nice for us to have more opportunities in this region – we much prefer to be close to home.”

Catch it all LIVE

For those who can’t make it to Old Salem Farm, live streaming will be available for all major events at www.oldsalemfarm.net. Continuous streaming of the Grand Prix Field will take place Friday through Sunday, May 13-15 and May 20-22, in addition to the events listed below. 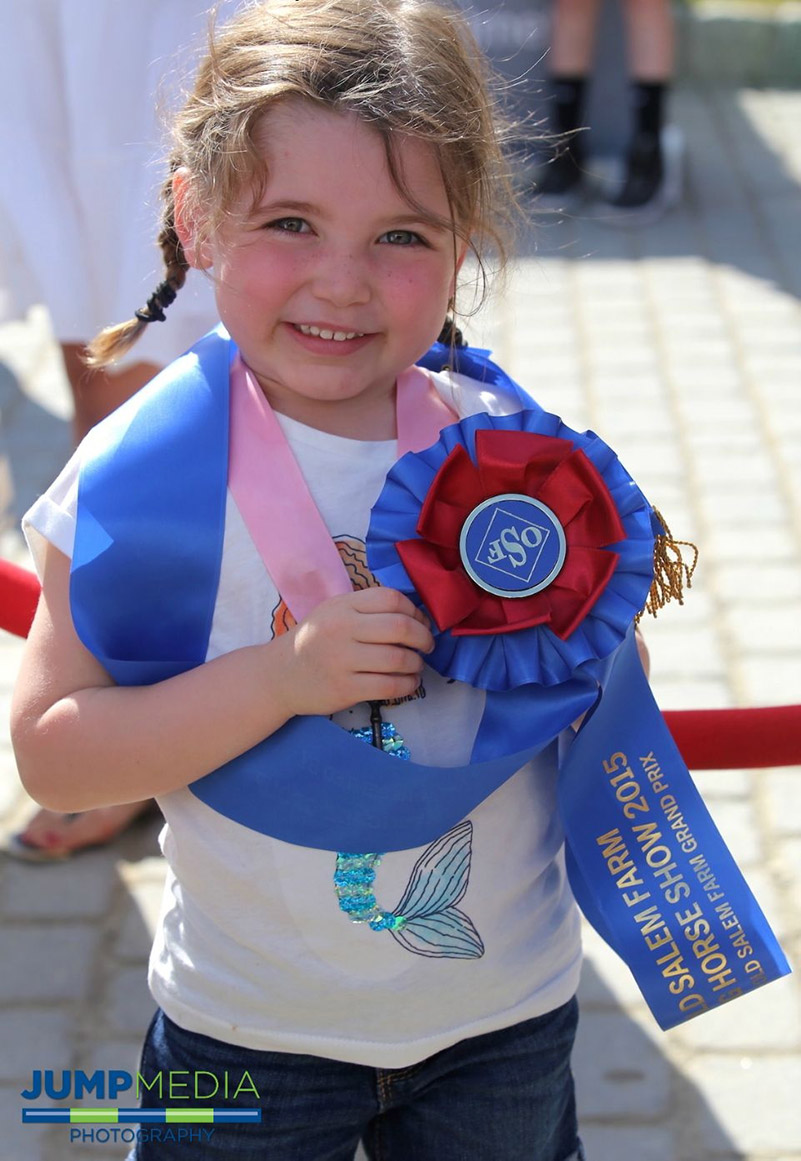 Outside the competition ring, a full special events schedule is sure to keep equine enthusiasts of any age entertained. Children can enjoy face painting each Saturday and Sunday beginning at 11am and pony rides by Pied Piper every Sunday at 11 am. In addition, Old Salem Farm is proud to support local charitable organizations that will join the special events schedule with fundraisers and educational opportunities of their own. On Saturday, May 14, A New Chance Animal Rescue will be on-site beginning at 12 pm, HEART Equine Ambulance will host educations tours from 1 to 2 pm, and an Ice Cream Social, hosted by Pegasus Therapeutic Riding will kick off at 2 pm. During Week 2, Wolf Conservation Center will host another Ice Cream Social on Saturday, May 21, and the ASPCA will hold an Adoption Day from 12:30 to 4:30 pm on Sunday, May 22.

For the shopping enthusiast, Boutique Row will open at 10 am daily and features a wide selection of goods from jewelry and clothing to antiques and equestrian equipment. Dining opportunities are also available at Old Salem Farm’s all-new cafe and pop-up restaurant, provided by the chefs at Clock Tower Grill in Brewster, NY.

General admission to Old Salem Farm is free Wednesday through Friday during the Spring Horse Shows. On the weekends of May 14-15 and 21-22, admission is $15 for adults and $10 for seniors and children under 12.