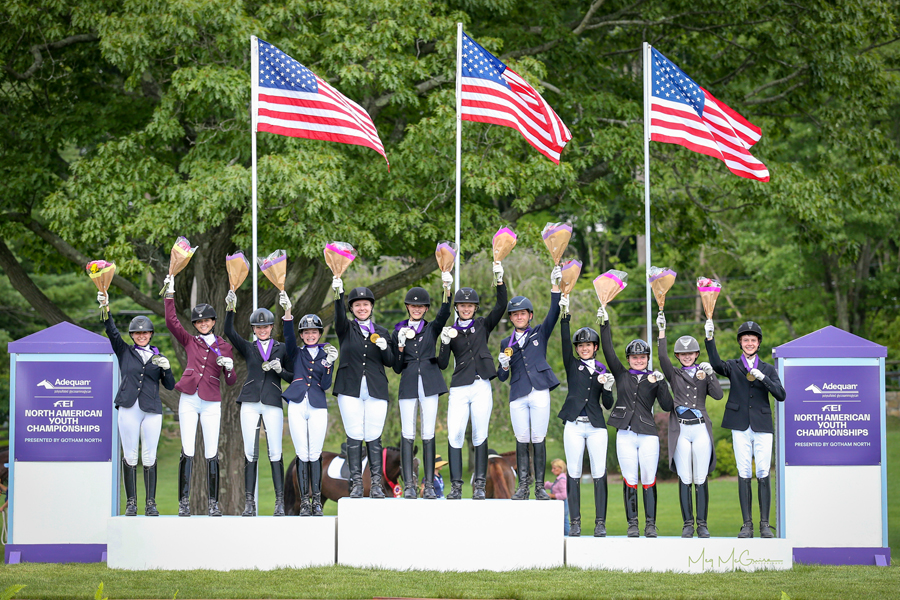 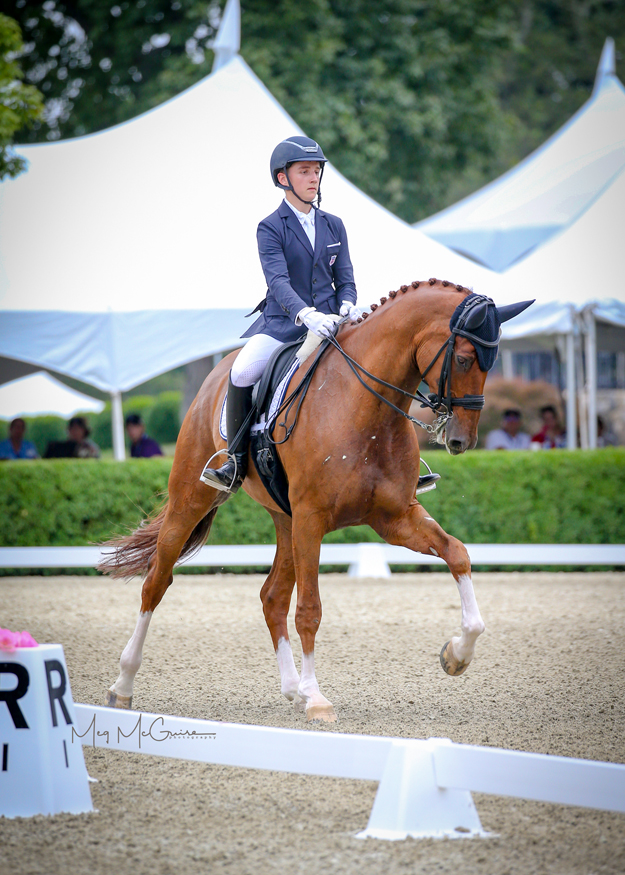 Nicolas Beck, 15, posted the high score for Region 4 (70.27%) riding his own Campari, a 12-year-old KWPN gelding. “I was really happy with my horse, especially in the canter,” said Beck, from Chanhassen, Minn. “I couldn’t be prouder of how calm and steady he was able to be. He was relaxed, and he kind of helped to calm me down.”

Beck rode as the anchor for the Region 4 team. Of his first experience at a team championship, he said: “I’m hoping to stay with horses and be a trainer. Coming here was an awesome learning experience, seeing what it’s like to be under bigger lights and at a bigger show. It’s been a lot of fun.” 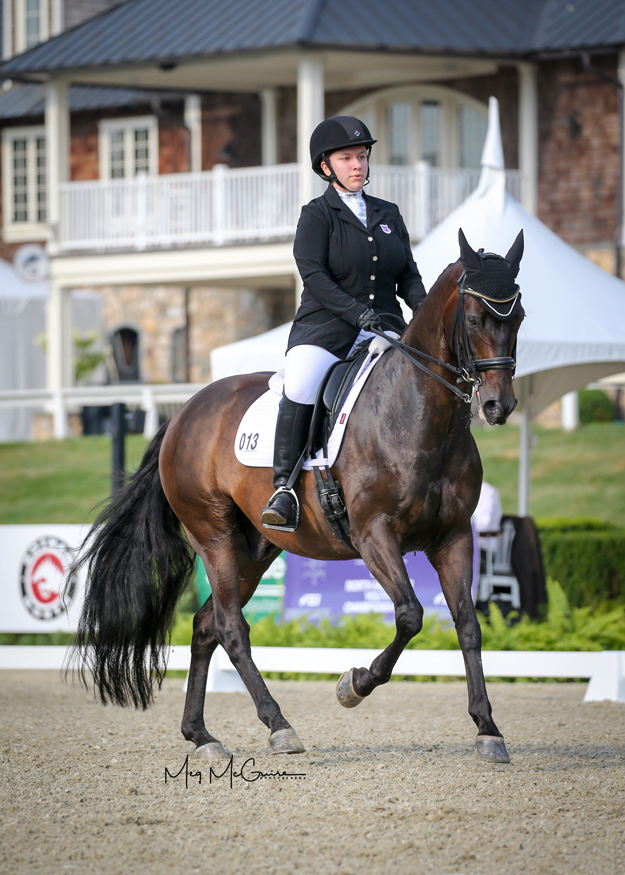 Hannah Thiher, 17, from Maple Grove, Minn., was the first to go for Region 4 and posted a score of 66.72% to put the team ahead from the start of the competition riding Delfiano, a 16-year-old Hanoverian gelding owned by Terri Thiher. Thiher was a late substitution onto the team, getting the call to compete just days before the NAYC start. “I’m incredibly grateful to be here,” she said. “It was kind of last-minute, so my mom did a ton of work to get us here. I have a wonderful horse and my test went very well. It’s my first time competing in anything like this, and it’s cool to have the support of a team.”

Many of the horses competing in the NAYC dressage are in their teens, but Averi Allen rode Jonni Allen’s Superman, just six years old, on the gold medal-winning Region 4 team, scoring a 66.18% for the team. “My horse tried his best,” said Allen, 15, from Pleasant Hill, Mo. “He hasn’t really been doing changes very long, so I thought he did very well. I’m really happy with it. Having the support of the team, having everyone there cheering for you, was amazing.” 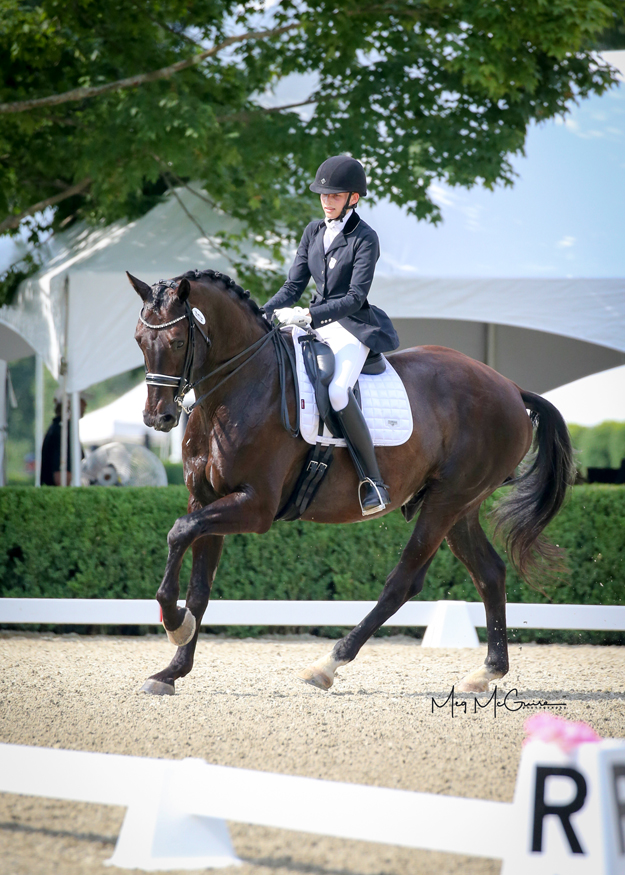 Maggie Elsbernd, 16, rode her own Zeestar Texel, a 15-year-old KWPN gelding, to a score of 65.30% for Region 4. “I thought my ride today had a lot of mistakes, but I’m really happy with the score,” said Elsbernd, of Excelsior, Minn. “My horse tried his best. It’s just really incredible to be here. It’s such a cool experience. My team is amazing; we all worked so hard to get here. It’s such a learning experience to be here.”

The bronze medal went to the U.S. Region 9 team (all also riding for the first time at NAYC) of Sydney Lipar riding Melany Lipar’s Sandroletto, a 14-year-old gelding (64.66%); Gage Miles on Michele Miles’ Castillier, a 17-year-old Hanoverian mare (66.51%); Skye Simpson riding her own Dazzle, a seven-year-old Oldenburg mare (66.36%); and Emma Claire Stephens on her own De Nouvelle Vie, an 11-year-old gelding (66.75%). 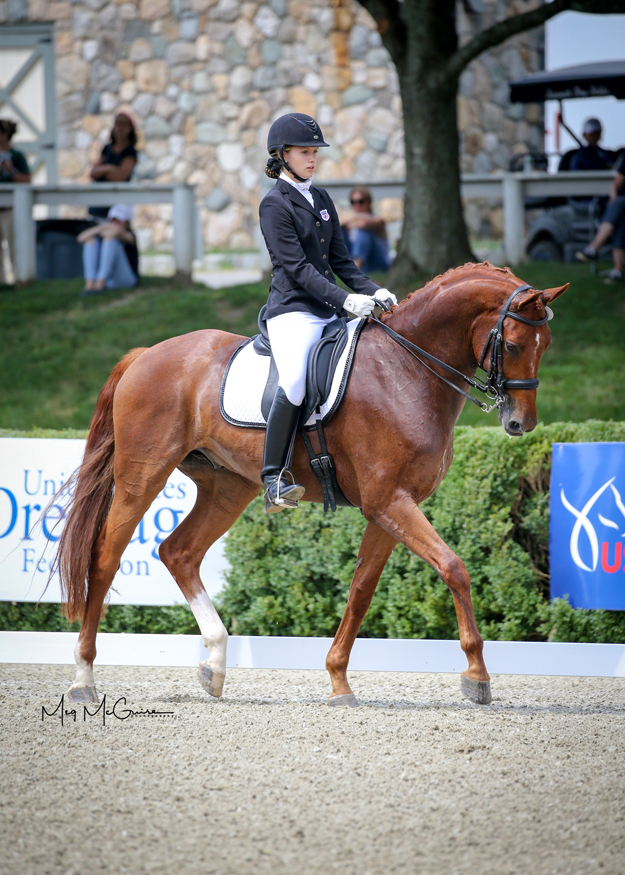 View the NAYC schedule and results.
Follow @FEINAYC on Facebook and Twitter, and join the conversation by using #FEINAYC, #NAYCatOSF, and #OSFlove.
Stay up to date on Old Salem Farm at www.oldsalemfarm.net, and on social media as Old Salem Farm on Facebook, and @oldsalemfarmny on Twitter and Instagram. Follow for an exclusive and behind-the-scenes look at the Old Salem Farm experience.