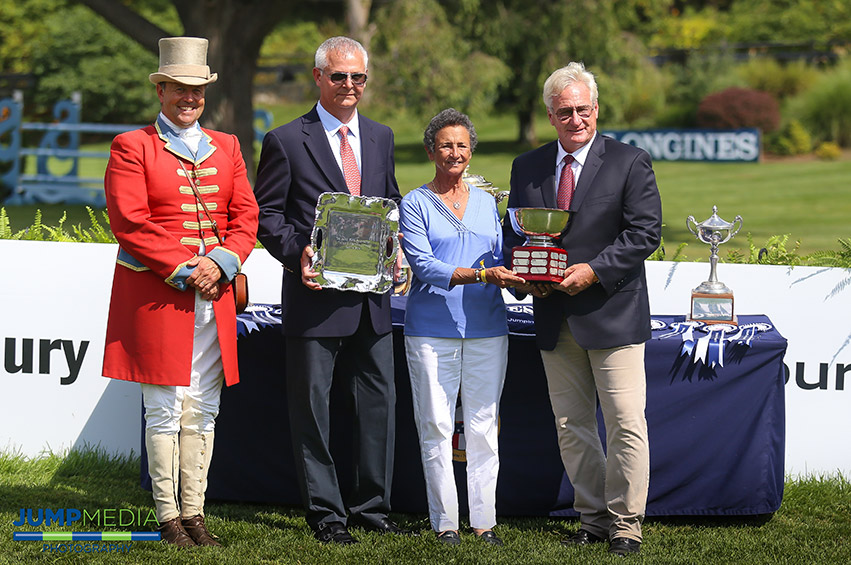 “It means everything to me to win an award like this,” said Ruiz, who is co-owner of the hunter, jumper, and equitation barn, Sanmar Farm in Culpeper, VA. “It is so prestigious, and it is amazing because it is for something that I love doing. It is very humbling, but very exciting, and impossible to put into words.”

Ruiz was born in Puerto Rico and graduated from the University of Puerto Rico with a degree in Psychology. She began riding at age 14 and has trained under greats such as Carl Knee, Frances Rowe, and Hugh Wiley. Ruiz came to the U.S. in 1970 and rode on the Puerto Rican team in the Pan American Games in 1979 and again in 1993 in the Central American Games. Ruiz has been Chef d’Equipe for Zone 3 Young Riders teams since 2009 and was awarded the Caristo Cup in 2010. In 2015, Ruiz was inducted into the Virginia Horse Show Association Hall of Fame.

“There are so many deserving people in this sport, and I am honored that someone thought I deserved this award,” said Ruiz. “I love getting up in the morning and doing what I do. To me, it is a way of life. I don’t have to do it; I want to do it because it is my passion and what I love.”

“Ruiz is a perfect example of what the Old Salem Farm Foundation Lifetime Achievement Award represents,” said Madden. “She has dedicated herself to making horse sport in the U.S. the best it can be, and it is an honor to recognize her efforts.”

The Old Salem Farm Foundation Lifetime Achievement Award is presented annually at the American Gold Cup. Nominations for the 2018 award may be submitted in the form of a letter or video outlining the nominee’s achievements and contributions to horse sport. Letter or video submissions should include contact information for the nominee and be sent to Chelsea Dwinell via e-mail at chelsead@oldsalemfarm.net.