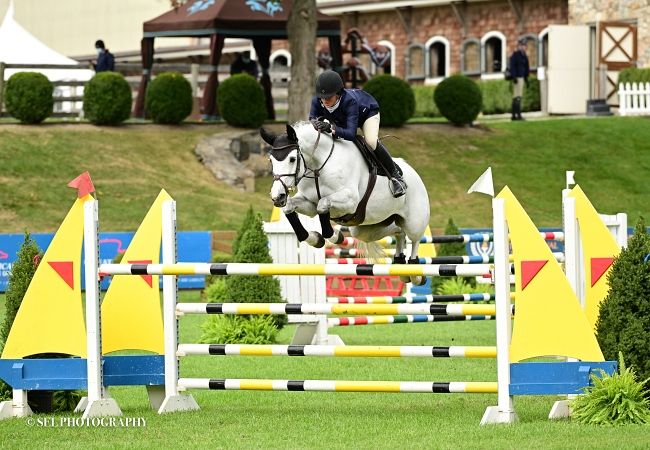 North Salem, N.Y. — Sept. 18, 2020 —The penultimate day of the Old Salem Farm Fall Series Week II included hunter, equitation and jumper action across the venue. Jumpers competed on the turf of the Grand Prix Field for the $1,000 1.30m Open Jumper Stake and Kristy Herrera took a double victory, taking home the blue ribbon aboard Clarina and the red with Daliante M. On the opposite end of the property, a combined Junior Hunter division took place.

“Clarina is really an awesome horse,” Herrera said. “She’s a fast little rocketship and I was just trying to work on having a nice and confident round.”

One of the perks that Herrera enjoys about Old Salem Farm is the opportunity for all different levels of jumpers to compete on the grass of the Grand Prix Field.

“The course felt great and the field is in wonderful shape right now so the horses felt super jumping around,” she said.

Herrera clocked in just under her own winning time to also score the runner-up position with another horse owned by Ellis, Daliante M, a 12-year-old Warmblood mare by Zurich W.

“Daliante is more of a schoolmaster than Clarina,” Herrera said. “She has been doing this job for a while so she just marches in there and does what she does best.” 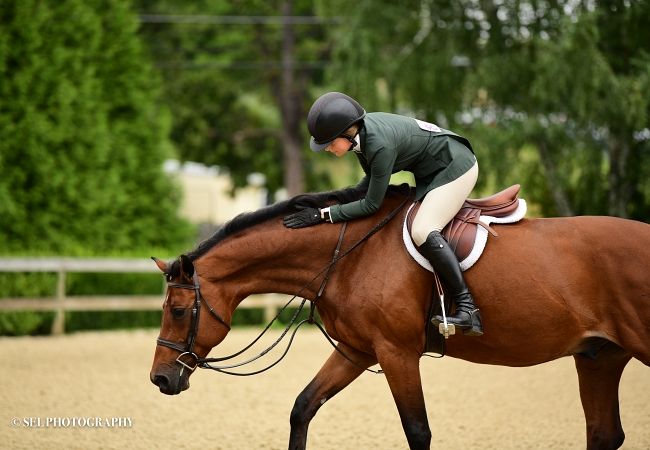 “We decided somewhat last minute that we were going to come show here so he just stepped off the trailer today and he was phenomenal,” Mc Carthy said about the 10-year-old Holsteiner gelding (Cachas x Sinatra).

“Our whole planned schedule changed with COVID and with finals coming up, we decided to come here for extra practice,” she added. “I’ve never shown at this venue before but the rings are top-notch.”

The final day of Week II at Old Salem Farm Fall Series will kick off tomorrow with the featured NHAA/ASPCA Maclay Region 2 Championship. On the Grand Prix Field, jumper riders will take a shot at the $10,000 Old Salem Farm Jumper Classic.