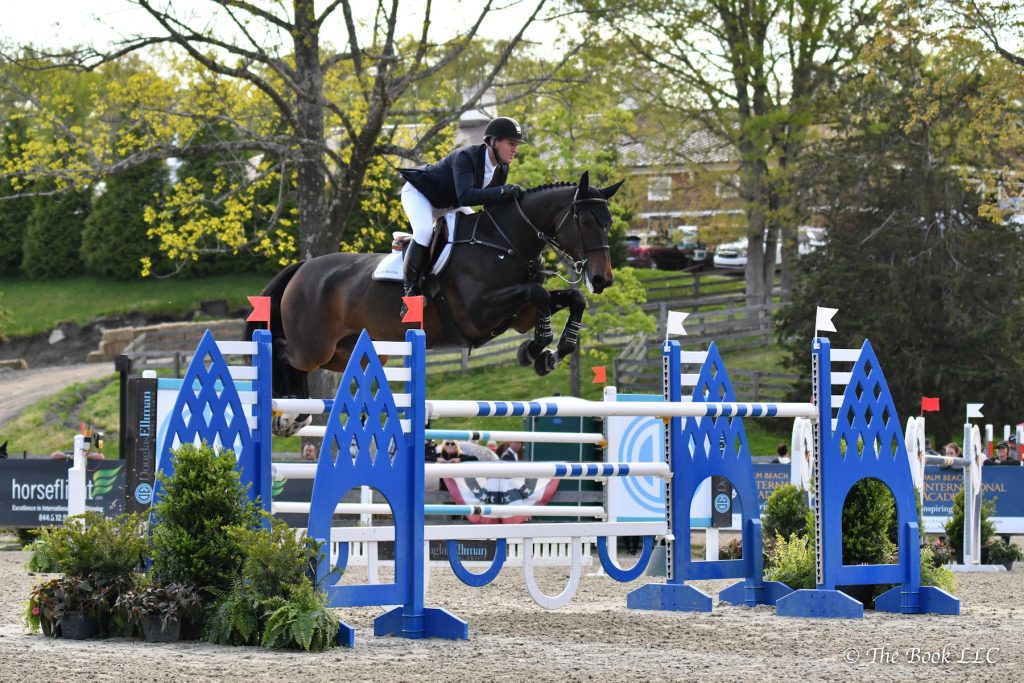 The speed of 30 horses was tested over tracks designed by Ken Krome (USA) with 11 finishing clear over the fences. Ward’s time of 64.24 seconds was more than a full second faster than his student Adrienne Sternlicht (USA) who finished the runner-up in 65.37 seconds riding Pembroke, owned by Starlight Farms.

“Maarten Huygens found this horse for me and we purchased her during the winter season in Florida,” said Ward of the 10-year-old Oldenburg mare (Quintender x Loves Corinth) owned by himself, Bob Russell and Marilla van Beuren. “Marilla is a lifelong horsewoman and dear friend of my family who really wanted to own a nice grand prix horse.

“The mare is still not fully developed, but we are bringing her along and Manuel Lecuona (MEX) did a very nice job producing her and jumped her up to the 1.45m grand prix level,” continued Ward, 43. “She’s a huge jumper and I think she can jump anything, so I have high hopes for her to be a very successful grand prix horse. Today, I was really thinking about teaching her to turn and move along. She has a big stride and the distances were just showing up nice.” 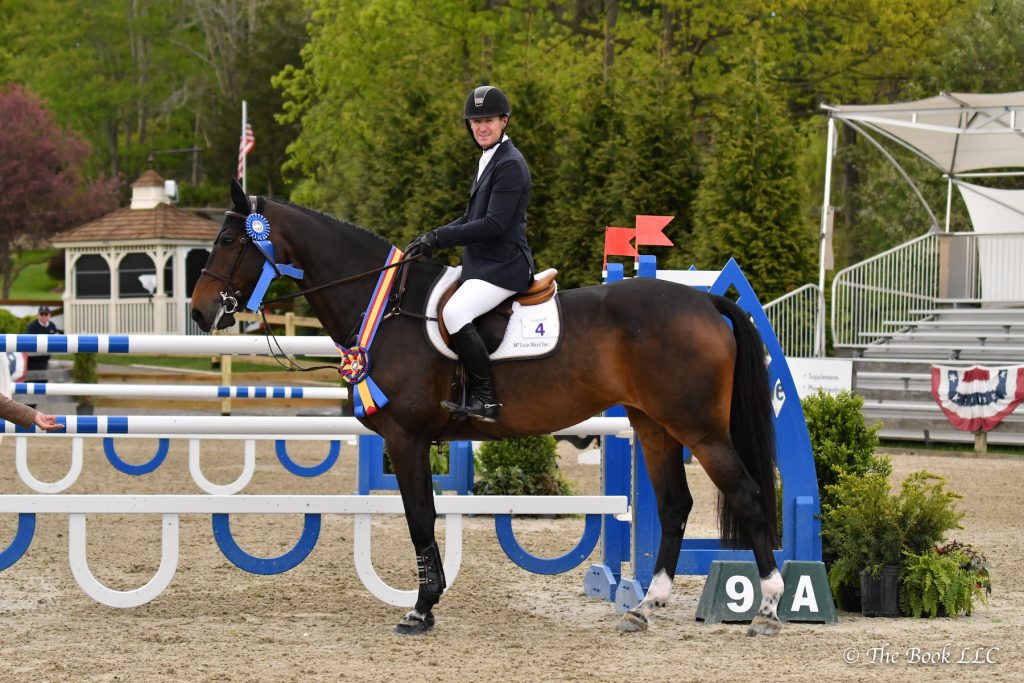 Ward hails just down the road from Old Salem Farm and has experienced much success at the venue, but also considers it a cherished part of the local community.

“Old Salem Farm is a spectacular property and the Hakim Family has done a wonderful job developing it to what it once was and much more,” he noted. “To have something like this right down the road is particularly special for me and this area.”

Rounding out the top three in the first international event of the week, Natalie Dean (USA) rode Don’s Diamant to a time of 65.48 seconds for owner Marigold Sporthorses, LLC. Georgina Bloomberg (USA), whose own Gotham North is based in North Salem, NY, took fourth riding Quibelle in 66.73 seconds, while Lauren Tisbo (USA) finished fifth on Casco 11 in 66.99 seconds for owner Tequestrian Farms, LLC. 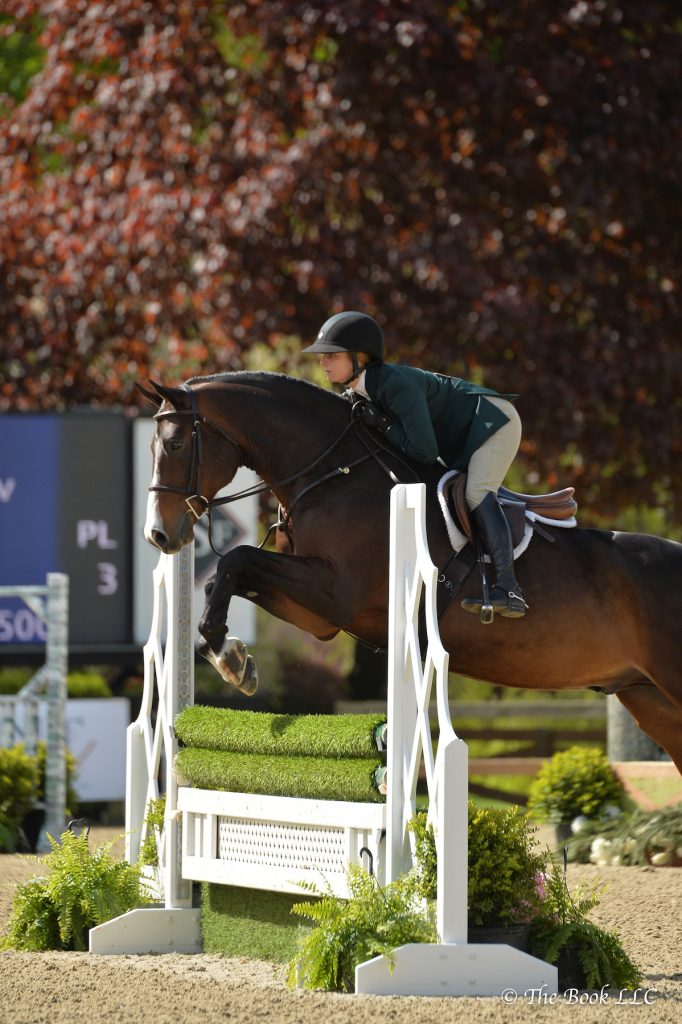 “I got a very lucky phone call from [owner] Ellen [Toon] this week!” said Isop, who had not sat on the horse before the start of this week’s horse show. “He’s an impressive horse so I wasn’t surprised at all with his results. His jump gives you a great feeling, but he is very straight forward and I was happy to be able to go in and give him a nice ride and let him show off.”

An injury at the end of the 2017 season sidelined Playmaker for a year, but he made his return to the show ring this spring and is back on top. The nine-year-old Holsteiner gelding by Cassini swept the over fences classes in the 3’3” Performance Hunter Division to earn Grand Hunter honors and will compete in the 3’3” Amateur-Owner 36 & Over Division later in the week with Toon riding. 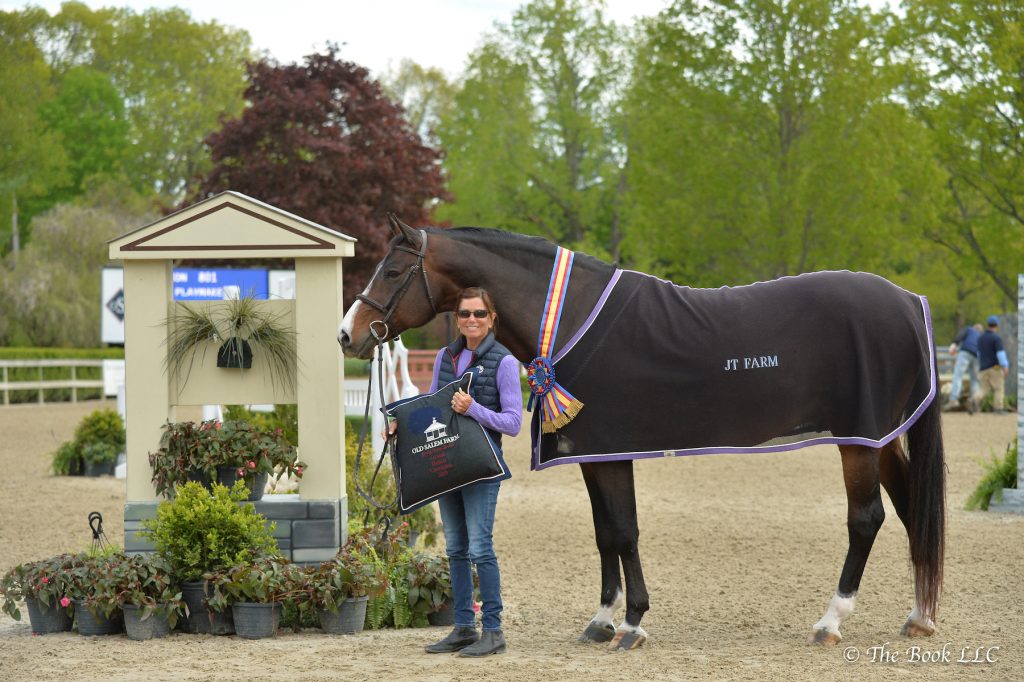 Playmaker, ridden by Hannah Isop and owned by Ellen (pictured) and Jimmy Toon’s JT Farm, was named Grand Hunter Champion on Wednesday, May 15, during the 2019 Old Salem Farm Spring Horse Shows at Old Salem Farm in North Salem, NY. Photo by The Book

“We brought him back slowly and spent a lot of time on the flat to make sure he was comfortable,” said Toon of the horse’s recovery. “Hannah was fabulous with him this week and my husband Jimmy has done an amazing job bringing him back.

“I am really excited because he is a super nice horse and a beautiful jumper,” continued Toon. “He comes into the ring and catches your eye from the start.” 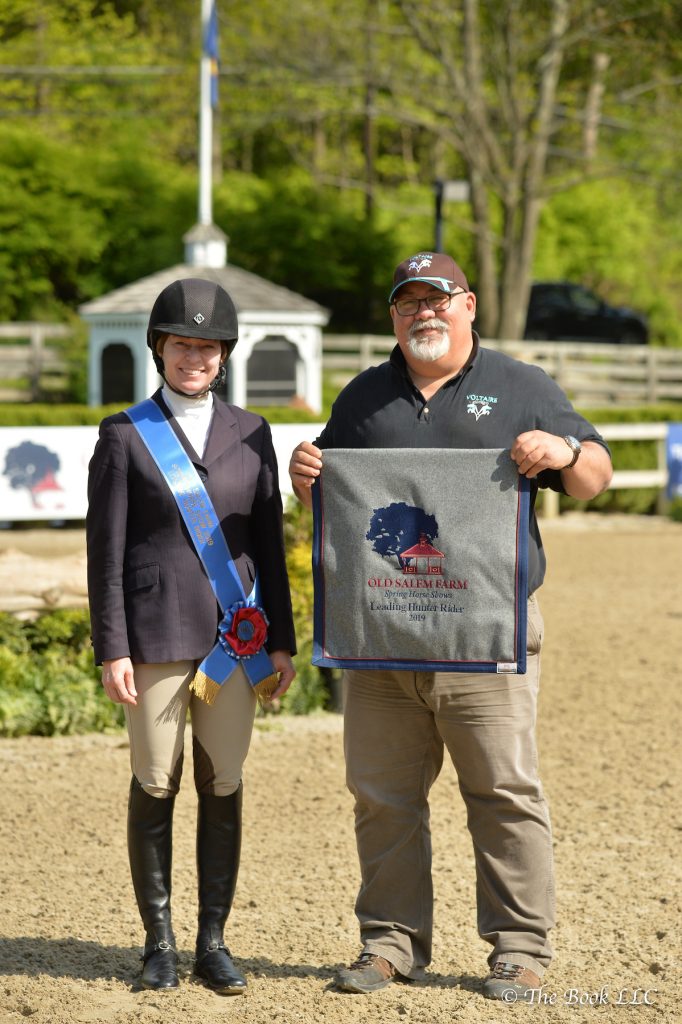 Holly Orlando (pictured on Waverly) leads the $5,000 Mane ‘n Tail Hunter Rider Challenge at the conclusion of professional hunter divisions at the 2019 Old Salem Farm Spring Horse Shows and will try to hold on to claim the overall title at The Hampton Classic, running August 25 through September 1, 2019, in Bridgehampton, NY. Photo by The Book

International jumper competition continues on Thursday with the $35,700 Welcome Stake of North Salem CSI3*, presented by Douglas Elliman Real Estate, while the Grand Adult Amateur Hunter Champion will be crowned in the Hedge Ring.

Spectators are welcome at the Old Salem Farm Spring Horse Shows with free general admission to Old Salem Farm Tuesday through Friday. On the weekend of May 18-19, admission is $15 for adults, $10 for seniors and children 10-15, and free for children under 10.