September 16, 2018 – North Salem, NY –  Old Salem Farm was host to the third edition of its popular Fall Classic with events for hunters, jumpers, and equitation competitors of all levels from Friday to Sunday, September 14 through 16, 2018 in North Salem, NY.

In an effort to fill a void in national-level competition during the fall season, Old Salem Farm created the Fall Classic as a means for local riders and trainers to compete at a world-renowned venue, develop young horses, and take home noteworthy prizes and awards. 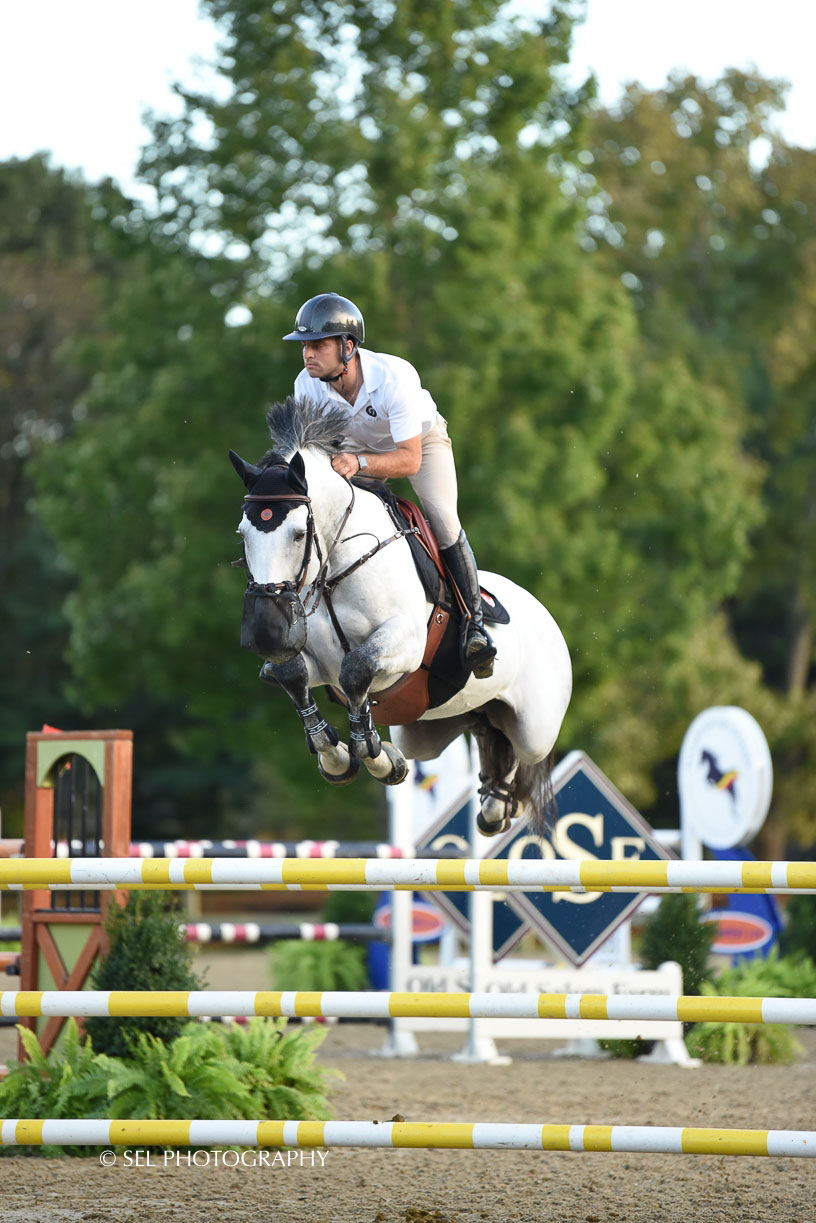 Daniel Bluman of Israel and Cartouche kicked off the Old Salem Farm Fall Classic with a win in the $5,000 1.30m Classic. Photo by SEL Photography

Competition got underway on Friday with open jumper riders being featured in the $5,000 1.30m Classic in the June Road Ring, which recently underwent the addition of an all-new drainage system and restoration of footing. Israeli Olympian Daniel Bluman topped the field of 40 horses riding Cartouche, an 11-year-old Silla Argentina stallion owned by Over The Top Stables.

“This facility is fantastic and I think the sand rings at Old Salem Farm are as good as they come,” said Bluman, who is now based in North Salem, NY, and will represent his home country in the FEI World Equestrian Games this coming week. “This show is a great concept and to have multiple small shows during the summer and fall is a great initiative. We can bring young horses and even high level ones to jump in great conditions.

“It’s also fun for me because the area has very talented riders,” continued Bluman. “It always ends up being a good and very fun competition, it’s affordable and you can ship in and out. I really encourage Old Salem Farm to do more small shows and people from the area to support them and participate.” 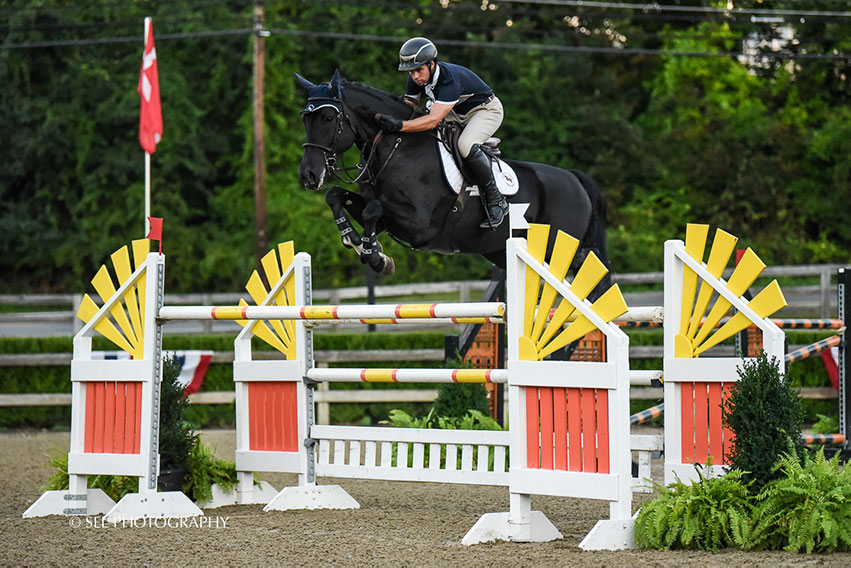 Jumper competition continued on Saturday with the $10,000 Voltaire Designs Mini Prix. Ireland’s Kevin Mealiff had only sat on Dante, a 10-year-old Belgian Warmblood gelding by Indoctro, once before scoring a win.

“This is his third day in America; we picked him up from the airport on Wednesday,” said Mealiff, who got the ride from owner Maarten Huygens after the mount was imported from Belgium. “I didn’t know him at all, but he was fourth in the 1.30m yesterday and won today, so I think he will be an interesting horse for me.

“This event is really nice for the younger horses that are just starting to step up, which is important because there are not a lot of opportunities to get them out,” continued Mealiff. “The footing was super! They recently redid the ground in that ring and did a great job. The horses really like jumping on it.” 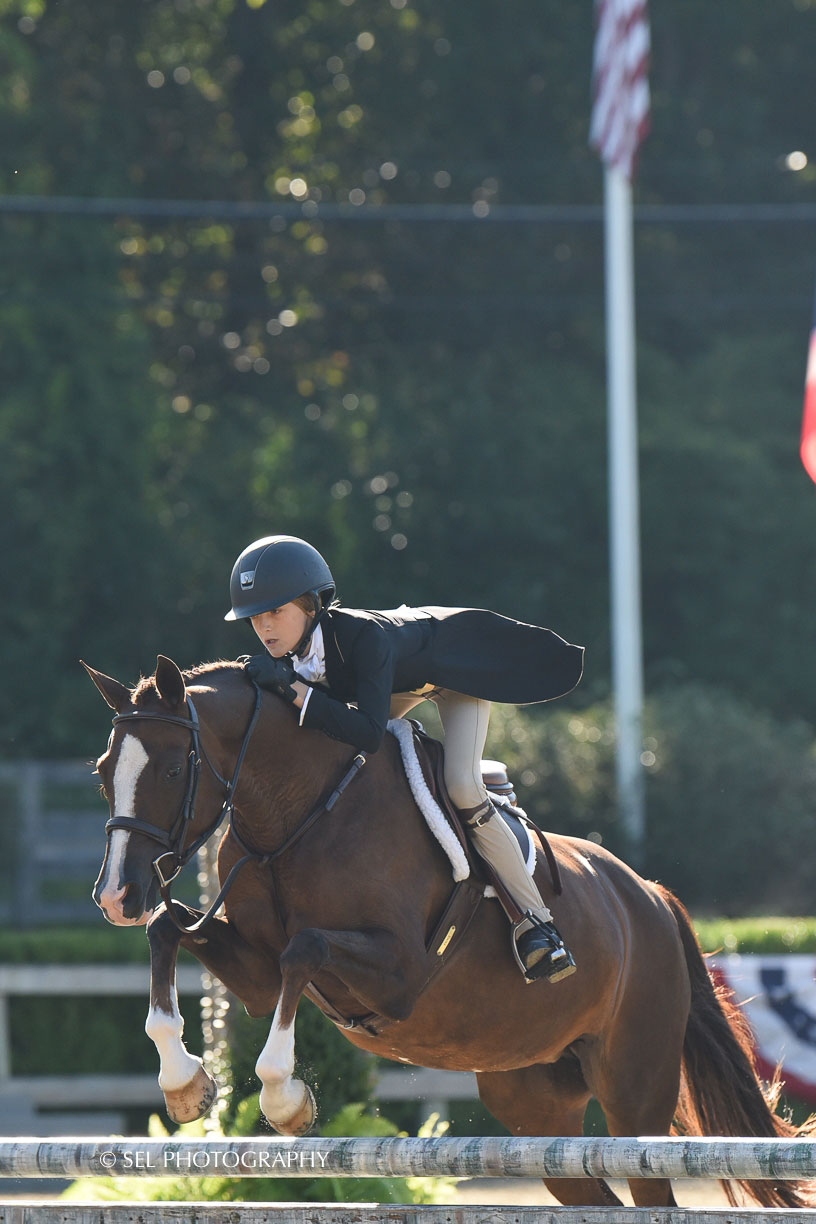 Mae Mannis and Days of Our Lives won the Pony Hunter Derby during the Old Salem Farm Fall Classic. Photo by SEL Photography

An exhibitor favorite for the third year in a row, the Old Salem Farm Fall Classic hunter derbies took up the spotlight on Sunday. Mae Mannis of Woodbury, CT, piloted Days of Our Lives, owned by Merrylegs South, to top the Pony Hunter Derby while Jayme Shapiro of Irvington, NY, won the Child/Adult Hunter Derby riding Kallucini de Shalimar, owned by Stephanie McComiskey. 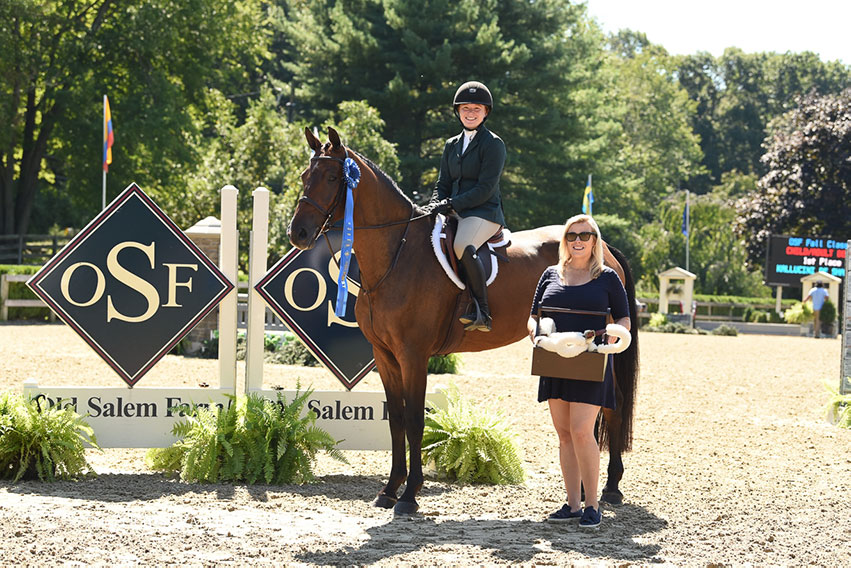 Keirstin Johnsen who hails from North Salem, NY, and is the trainer at Riverside Farm alongside Brooke Baldwin-Degrazia, closed out the day with a win in the Old Salem Farm Hunter Derby. She rode Calani, a 10-year-old Holsteiner gelding by Calido I owned by Andrea Thurm.

“It’s really special to be able to take some of the kids who maybe would not get to go to some of the bigger shows to a place where the facility feels this nice,” said Johnsen of her experience at the Old Salem Farm Fall Classic. “We have 15 horses here, so we have had a busy but successful weekend. My student Summer Witherspoon was also second in the [Old Salem Farm] Derby, which is a great ribbon because we have been working really hard.

“Calani came to us from Chicago and he is a very sweet horse,” continued Johnsen. “His owner rides him at home in ground pole lessons and then we take him to the shows. She is an awesome owner and loves to see him go, so we were ecstatic to see him do well today. He used to be a jumper and this is easy of for him, so we do him in the derbies because it’s a little more impressive.” 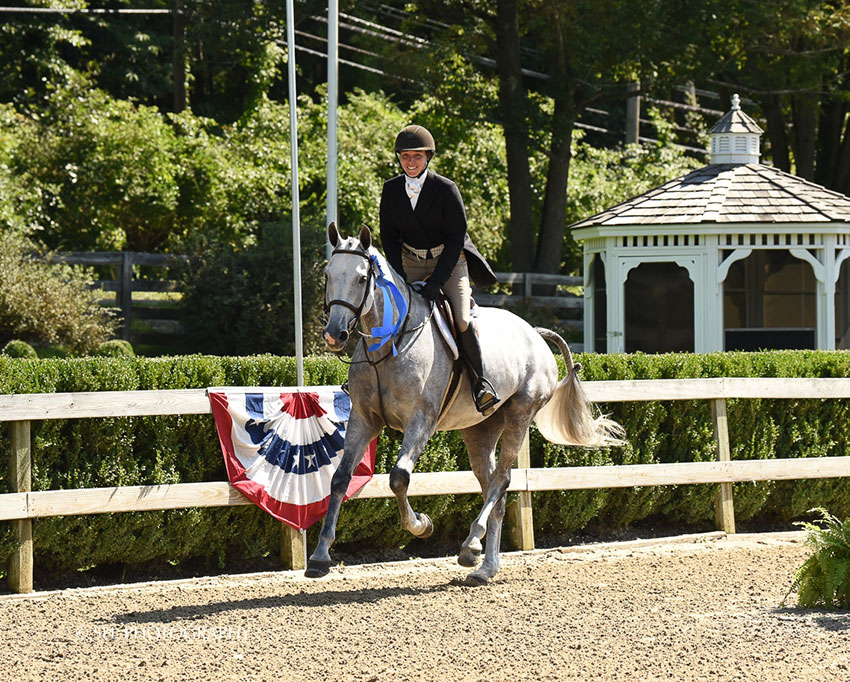 Coming up at Old Salem Farm, the facility will host the Regions 1 & 2 NHSAA/ASPCA Regional Maclay Championships on Saturday, September 22, as a qualifier for the ASPCA Maclay Horsemanship Championship, held at the National Horse Show on November 5 in Lexington, KY. From September 26-30, the American Gold Cup will return to Old Salem Farm and host the $204,000 Longines FEI Jumping World CupTM New York CSI4*-W on Sunday, September 30.