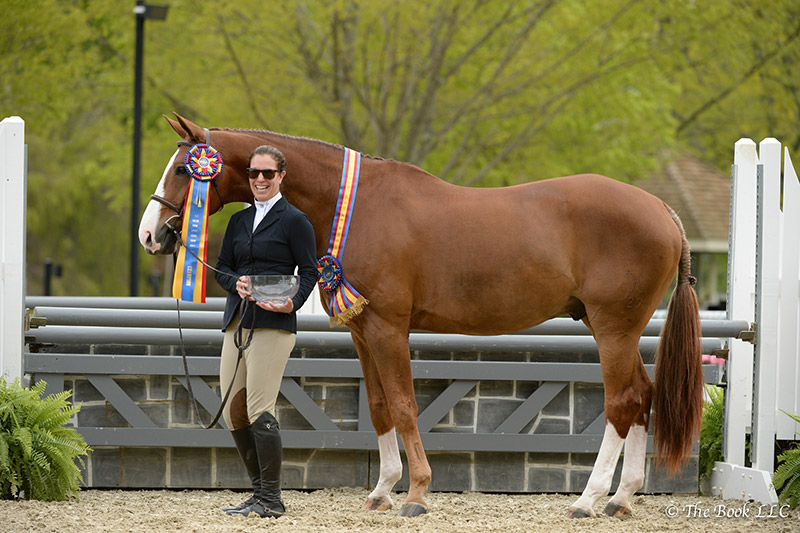 Robinson, who rides with trainers Andre Dignelli and Patricia Griffith at Heritage Farm in Katonah, NY, won all three jumping classes, the under saddle, and the handy to sweep the Adult Amateur Hunter 50 and Over Division. Her five blue ribbons also earned her and her own Mahalo the Grand Adult Amateur Hunter Championship title.

A relatively new ride for Robinson, Mahalo is an 18-year-old Warmblood gelding she originally purchased for her daughter to compete in the Children’s Hunter Division. It did not take long, however, for her to decide that the horse was also a perfect mount for her. 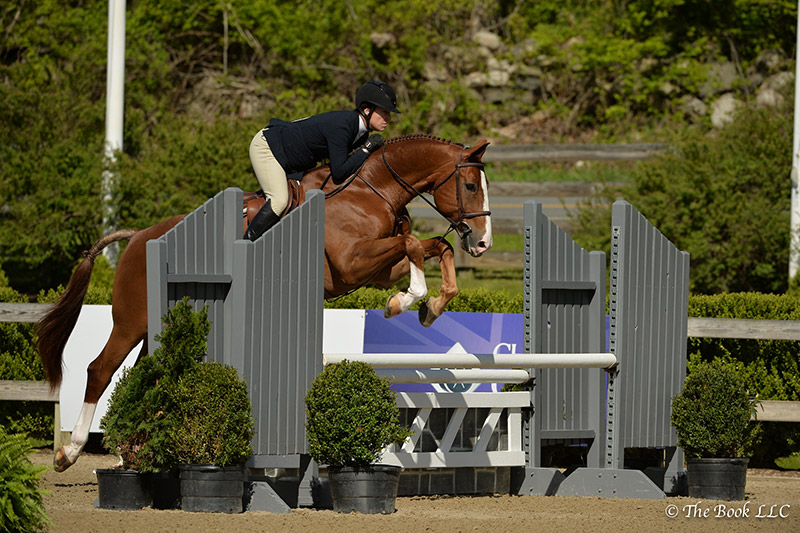 Mahalo and Katie Robinson jumped to a championship ribbon in the Adult Amateur Hunter 50 and Over Division, which won them grand champion honors as well during the 2017 Old Salem Farm Spring Horse Shows at Old Salem Farm in North Salem, NY; photo © The Book

“I stole him from her,” joked Robinson. “Even though he is an older horse, he still has a lot of spunk. Every time I get on him we have a lot of fun together, and I had so much fun with him today. He was perfect.”

Of competing at the Old Salem Farm Spring Horse Shows, Robinson noted, “I show here every spring and, for me, it is the best show of the year. I don’t live that far away so it is easy for me to get here and the rings are great to ride [in].”

Reserve champion in the Adult Amateur Hunter 50 and Over Division was presented to Daryl Portela riding Carrington for owner Danielle Torano and trainer Jimmy Torano of JET Show Stables based in Wellington, FL, and Mohrsville, PA. Portela and Carrington were fifth in both classes over fences on Wednesday before placing seventh under saddle and second and third over fences on Thursday. 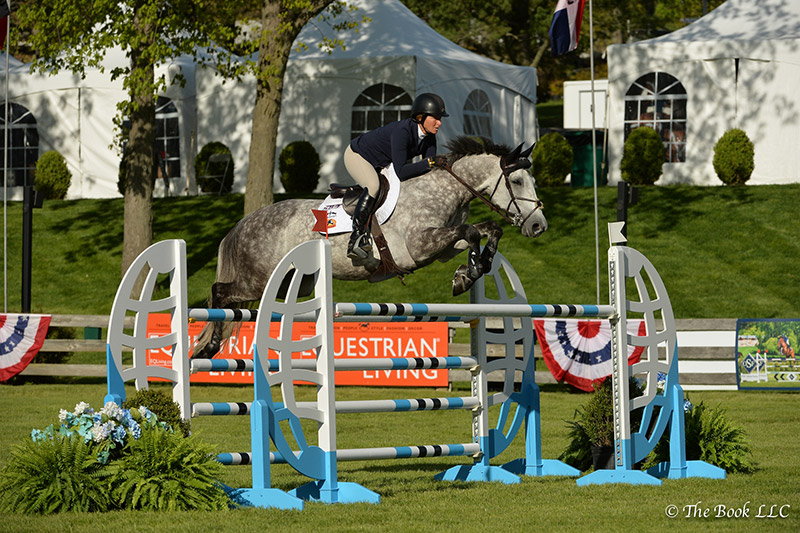 Madden and Con Taggio, an eight-year-old Oldenburg gelding (Contagio x Goliath Life), were first to go in Thursday’s feature class and bested a field of 29 over courses built by Ken Krome of Westminster, MD. Their double-clear effort gave them the lead with a time of 40.344 seconds which stood for the win.

“[Con Taggio] is one of several exciting new horses I have here for this show,” said Madden, who got the ride on the horse at the end of 2016 before working up to the 1.45m level during the winter season in Florida. “He’s a little hot and quick, so that was good for the jump-off because he is naturally fast.

“So far he has been a pleasure, and he really likes the field,” continued Madden, who competes at the Old Salem Farm Spring Horse Shows each year. “It is always nice to jump on grass, and the footing is excellent this year. And the atmosphere is always so beautiful here.”